February 8, 2017
Over a month ago, on January 1, I hammered out 5000 words and three chapters in one day. It was the beginning of the book I tentatively called "Siege". Since then, I solidified the title, came up with a cover, finished writing the first draft, and started on the sequel.
Here, for your enjoyment, is the [revised first chapter](https://www.danielroygreenfeld.com/2017/01/1-beginnings.html). It's very interesting to see how the first chapter has evolved. 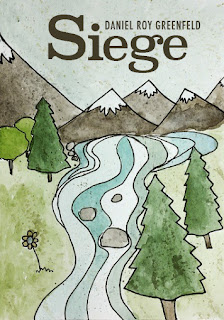